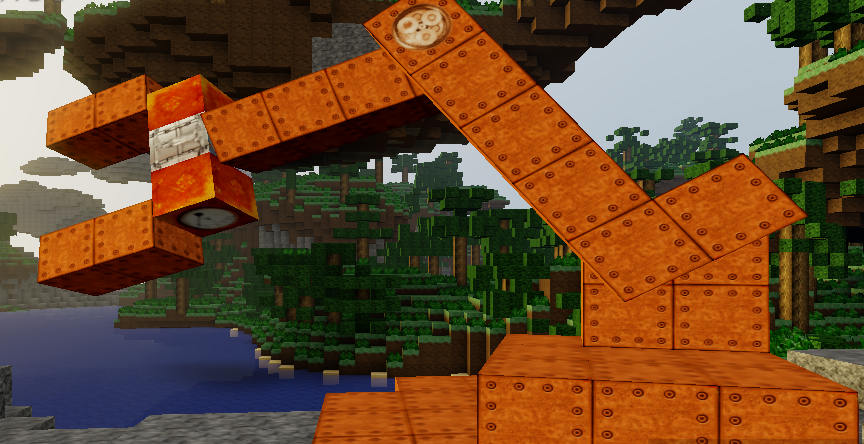 The Mekside project is the technology foundation for a steampunk’ish game we (a couple of friends in Malmö, Sweden) are building. We have tons of ideas and ambition, and are developing this as an indie-game so far. In an attempt to raise some interest and player feedback we’ve previously released development versions of the game engine. While the current version lacks the gameplay challenges of the final game, it is fully playable as a creative game by itself and contains a lot of fun challenges in designing stuff that can be brought into future versions of the game.

When we got hold of the HTC Vive room-scale VR setup during last summer, we decided to relaunch as a VR experience, as it really fits well in such an environment where the player can more directly interact with mechanical items. As such, the game is currently launching on Steam Early Access in the hope to get good feedback for the final version.

The technology of the game engine itself involves a quite seamless integration of a static voxel-based geometry with a fully capable 3D physics engine and simulation of a large assortment of mechanical, electrical and sensorial equipment as well as physical equations describing aerodynamics, buoyancy and material stress/breakage. One basic design principle that has guided many choices, is that even though the underlying system is very complex and capable it should still feel simple, natural, gamelike and fun. In the creative mode, you can easily add dynamical scenery to your static constructions or try on the challenges involved in building more advanced mechanical contraptions.

Currently we use a sub-reddit for user discussions, please join up there!

Hope you will have fun!