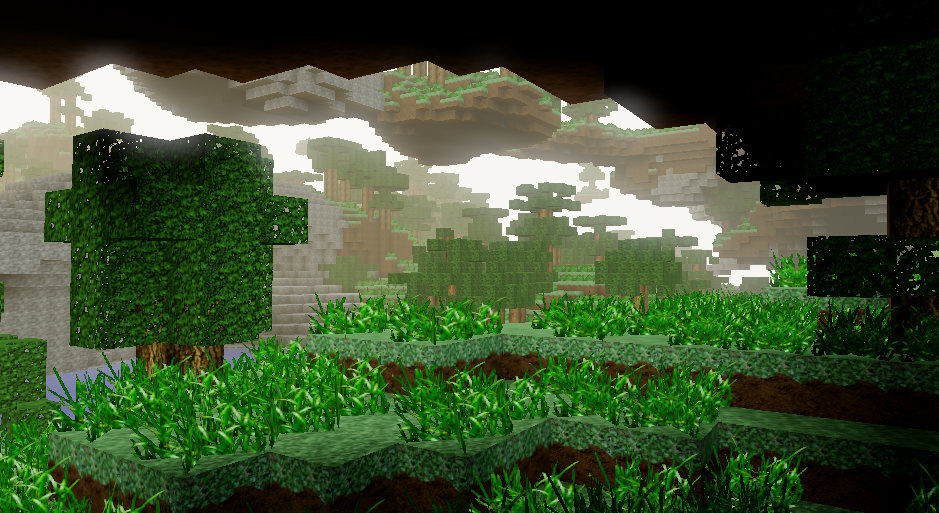 It was a while ago since the last development-release, but here it is (available at the Download page)!

Now the buoyancy / water-physics is in the release, with some related new blocks that act like wings under water and also a water-turbine. Both the wings and the turbine only work while below the water surface.

Previously, to actually use the turbines, motors and other actuators, a computer-block was needed and associated program. To make it much faster to do simple things and to try out stuff, we’ve now added an “operation mode” selection on all actuators and motors. It’s reachable by middle-mouse clicking on the block (same as when the computer code in a computer is edited). Currently, a voxel which can be changed like this, can be set in Normal mode (where it’s controlled by its inputs) and some different fixed actuation levels.

Next up is some operation modes that allow sensor-blocks to be connected directly to actuators, so it’s easy to make for example a trapdoor that has a one-shot trigger.

To make the building faster in general, the user-interface was changed so removing/destroying voxels now always is reachable by the left mouse button, and building with the currently selected voxel in the hotbar is always reachable by the right mouse button. To operate on something like a door or a control-panel, it’s necessary to de-select the hotbar, by pressing 0.

Due to the building-change above, the “wrench” and the “hand” in the hotbar are now gone.

The daytime in the game now progresses, with associated changes in daylight and night. Currently there are no moon or stars at night so it becomes extremely dark, and the sun during the day is not rendered super well yet. In the game’s sandbox mode (the only mode currently) you can move the time backwards with shift+N and forwards with shift+M.

Lastly, as you might have seen in a previous blog-post and video, lights now also work in dynamic voxel objects. There is a known issue that dynamic lights can corrupt a part of the lightmap if the player goes too far from them and then go back.

Have fun! And the next update will come closer in time 🙂