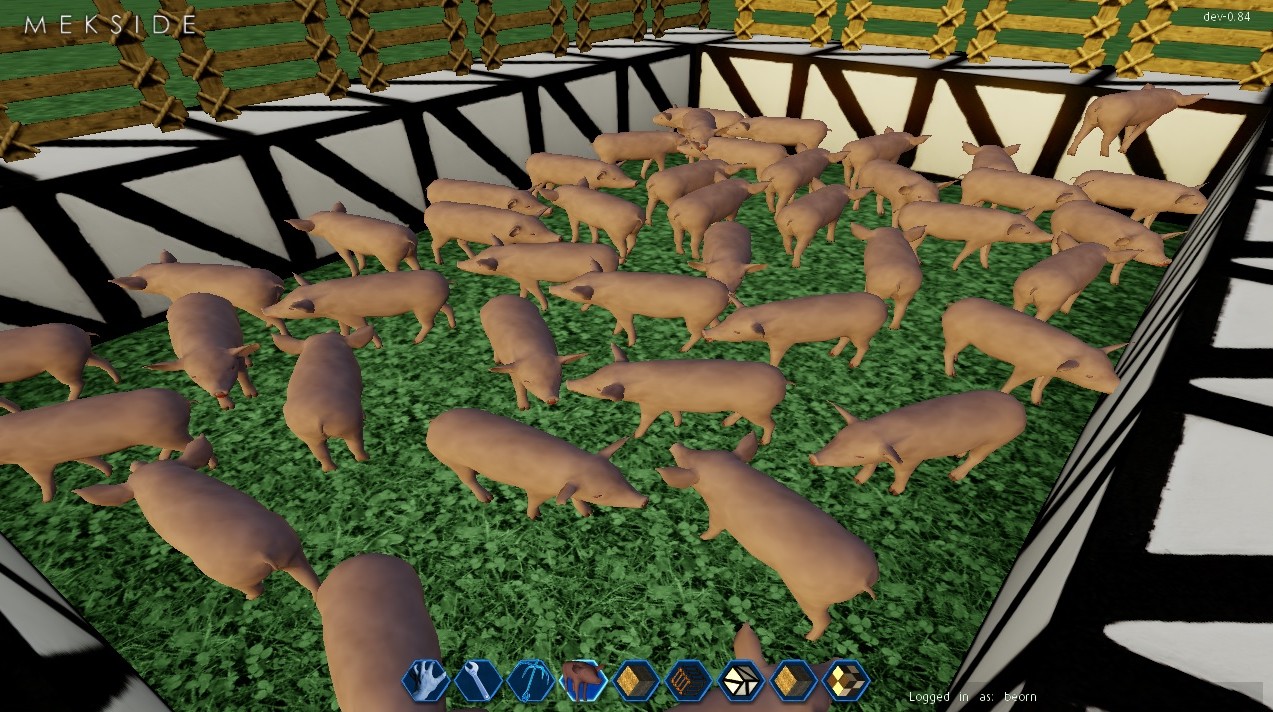 Today’s update brings some love to the pigs, representing the entire class of non-player-characters (NPCs) actually. The Blender export script was modified to output texture coordinates and per-vertex normals, and the engine adapted to render using it. The result was smoother looking polygon meshes and hence, smoother pigs.

The skin was painted in Blenders UV-edit window and might not be completely final..

Furthermore the NPCs (including the pigs!) take damage when they fall or are squashed by objects, and can then die.

As a start to sanitize the construction player-interface, the right mouse button (the Operate button) is now also used for building when a constructor equipment is selected. You still do have to explicitly select the Pick equipment and use the left mouse button to destruct/pick-up blocks, but this will probably be merged into the constructor equipments so building and destructing can be done without switching tools.

Additionally, a Flatland terrain-generation template was added, that does just that – creates a flat world with no trees and no features at all. Very usable to try out mechanics and dynamic stuff.. especially airplanes and things that need lots of space 🙂